How do laws and attitudes about race and immigration shape people’s sense of belonging, economic security, social mobility, and perception of others?

This was the first topic tackled by the new UC Law SF Center for Race, Immigration, Citizenship, and Equality (RICE). Center Director Prof. Ming Hsu Chen said she wants academic institutions to help the public understand how laws and policies affect real people and their communities.

She invited four prominent legal scholars and sociologists to share insights about their research on “othering and belonging,” including factors that make different types of people, such as immigrants and racial and religious minorities, feel excluded from or integrated in the fabric of American society.

“Racial equality and immigrant integration are both matters of rising societal concern,” Chen said. “This panel discussion highlighted important research on the topic.”

Hiroshi Motomura, a law professor and co-director of the Center for Immigration Law and Policy at UCLA, explained how concepts of immigration and citizenship have changed over the course of American history.

“When white Europeans came in the mid-1800s and early 20th century, they could elect to be treated like citizens from the day they got here,” Motomura said. “Now we have a conception that immigration is separate, and a select group of people are chosen to be citizens later.”

Irene Bloemraad, a professor of sociology and Canadian studies and founding director of the Berkeley Interdisciplinary Migration Initiative at UC Berkeley, said obtaining citizenship can improve economic outcomes and make people feel more connected to society, but other factors, such as race and religion, can also make citizens feel excluded.

Tomás Jiménez, sociology professor and director of the Qualitative Initiative in the Immigration Policy Lab at Stanford University, discussed how local and state immigration policies can shape the immigrant experience and affect the wider community.

He shared the results of surveys on the impact of laws in Arizona and New Mexico that grant or deny benefits to undocumented people, such as in-state tuition and driver’s licenses. He said, “It turns out some of the things we think just have a positive impact on immigrants actually turn out to have a broader positive effect on the community.”

Raquel Aldana, a law professor and board member of the Global Migration Center at UC Davis, spoke of how nations can exploit migrant workers’ labor, tax them without representation, and withhold money from their pensions.

She challenged others to consider new ideas, such as globalizing labor rights and tax collection, while acknowledging the daunting task of changing the status quo. “It doesn’t mean we can’t reimagine what a global welfare program might look like that is grounded in human dignity,” she said.

Before the panel talk, Chen also held a roundtable with faculty members from UC and Bay Area law schools to find ways to incorporate concepts of race, citizenship, and equality in their teaching. The group also discussed structures that perpetuate inequality and ways academic leaders can address those challenges.

Law Professor Alina Ball, who directs the Center on Racial and Economic Justice at UC Law SF, said she found it inspiring to hear from fellow academics who are focused on social justice issues. She said, “Community and solidarity are very powerful tools in the quest for a more just and equitable society.”

For its next events, the center will host a series of six public lectures on racism in the spring, including talks on racial capitalism (Sameer Ashar, UC Irvine), affirmative action (Erwin Chemerinsky, UC Berkeley), and contemporary threats to citizenship (Sam Erman, University of Michigan). Register for virtual and in-person attendance here.

Video from the Event

Photos from the Event 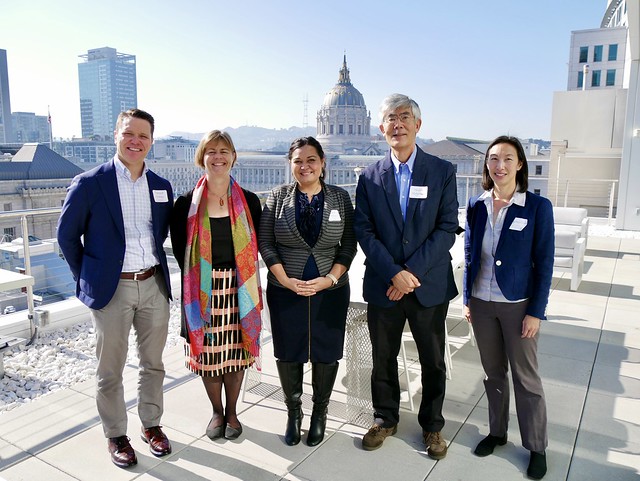